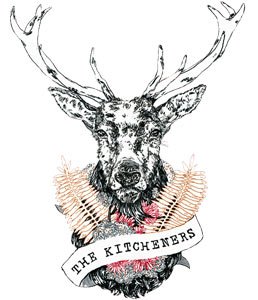 Hey guys! Back again from photographing a recent wedding in TRANSYLVANIA (check it out!) with a new outdoor wedding in Alaska!  We hope everyone has had a super start to the year! After a whirlwind and unforgettable 2017 (the birth of our wee boy Bruno being one of the biggest moments for us) the last couple of weeks have been a long-overdue time to slow things down a bit, find some new inspiration and reflect on where we want to steer 2018.

We have some really exciting destinations on the horizon (Ireland, France, Denmark, Italy, Australia, Morocco, Wales and Poland) as well as a tonne of new fresh ideas for the year ahead.  One thing that we pushed to the side a bit last year was blogging. We really want to change that in 2018 and we’re already preparing some stories as we speak.

We’re going to kick things off with the wild and SUPER windy outdoor wedding in Alaska of Kristian and Caleb that I photographed a few months back in September!
Alaska was one of those places that you always hear about but never really expect to have the opportunity to visit and finally being there after talking about for so long felt kind of surreal. Spending time in Alaska was great but being there with great people made the whole experience even better. Caleb and Kristian (who happens to be an awesome wedding photographer) were two of the sweetest people I’ve met and they went out of their way to make my time there unforgettable. Spending time with them and their friends and close family was a real honour.

I also got to hang with two extremely awesome and talented human-beings, Margaret and Corey from Margaret & Corey Wedding Filmakers. They were a total blast to work with and two of the nicest people.  I really hope to collaborate again with them someday again over in my neck of the woods!

I also can’t go without saying a massive thank you to the extremely talented Grace Adams who 2nd shot for me on Kristian and Caleb’s wedding day (and who I must credit for a few of the below photos too). It was a real honour meeting and working with Grace and I really appreciate her time and talent. So here it goes, Kristian and Caleb’s wild and windy outdoor wedding in Alaska… the first of a few stories coming over the next few weeks!

Wow, jaw dropping. Absolutely stunning. You can feel the love through the images so clearly!

What a beautifully stylish wedding!

Thank you so much Jana!

You guys are unbelievably talented!! Some of the finest work I’ve seen, just wow.

Thank you so much for your kind words 🙂

words do not suffice…

Thanks George! Hope you guys are doing well!

Hands down you guys are the best out there. This is stunning in so many ways! Thank you for being a constant source of inspiration!

Aw that’s so kind of you! Thank you so much for taking the time to follow our work. We really appreciate it.

Just absolutely and utterly incredible. Some of my favourite work ever. So inspiring.

Thanks so much mate!

Thank you! It was outside Anchorage near Bird Point!

Thanks mate! Really means a lot!

Ok. This is probably the best wedding we’ve ever seen. Everything is pitch perfect.
Your photography is absolutely overwhelming!
speechless.

Wow what an amazing compliment! Thank you so much for your kind words!!! 🙂

Amazing work! This is a dream!

So beautiful! Amazing work as always

Thanks so much mate! Really appreciate it!

Gorgeous!!! That one of Mom bursting into tears with her hand over her mouth, goodness, waterworks. Beautiful, all of it, once again.

Thank you!! Yes it was such a beautiful moment to witness 🙂

These turned out so fantastically! It was so great working with you, looking forward to our next collaboration!

Thank you Margaret and Corey! You guys really are amazing!

You guys are really inspirational,and also, the main reason why I’ve decided to study photography in the first place. Hope you’re willing to come to México in a few years because I DON’T WANT ANYONE TO SHOOT MY WEDDING IF IT’S NOT YOU, GUYS. Bythe way, I’m 18, so it will be in at least 5-10 years, so there’s no rush jaja

Wow Mercedes, thank you so much for your super kind words! It really means a lot to us and please let us know when your big day finally comes 🙂

You guys are really inspirational,and also, the main reason why I’ve decided to study photography in the first place. Hope you’re willing to come to México in a few years because I DON’T WANT ANYONE TO SHOOT MY WEDDING IF IT’S NOT YOU, GUYS. Bythe way, I’m 18, so it will be in at least 5-10 years, so there’s no rush jaja